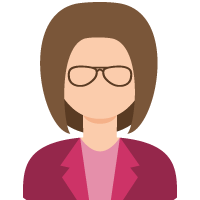 Your car's timing belt is the part of your engine that, like its name would seem to suggest, ensures that the cylinders are all firing at the appropriate time. If your timing belt is damaged, broken, or otherwise malfunctioning, it can therefore have a huge effect on your vehicle's performance. Understanding the warning signs associated with a failing timing belt can help you identify the problem and have the belt replaced before it becomes a serious problem and safety hazard.

One of the first warning signs associated with a failing timing belt is a constant ticking sound that originates from your engine while driving. This is usually because of general wear to the timing belt, resulting in increased rubbing and friction of the belt and causing this ticking sound as the engine is running. However, it can also sometimes be because of a lack of oil in the engine, causing improper lubrication of the engine. Whatever the case, a constant ticking sound is a serious issue that represents increased wear to your timing belt, so you should contact a mechanic

A worn or malfunctioning timing belt can also cause your engine to misfire fairly regularly. This is caused by a worn patch on the belt itself, which may slip and cause the cylinders of your engine to fire at the same or the wrong time, causing a misfire. This is a fairly serious problem, because beyond the loud noise that this produces, a misfire actually causes a huge amount of stress and wear to your engine, and consistent misfires can cause expensive and extensive damage to your engine which can ruin your vehicle, so you should contact a professional to take a look at your timing belt straight away.

Damage to the cover of your timing belt can result in oil leaking from the front of your engine compartment. This is because the cover has become loose or cracked over time due to general wear and age, allowing oil that lubricates the timing belt to seep out and leak. If allowed to continue, this can result in improper lubrication of both your timing belt and engine, which causes a great deal more wear and tear, can cause your engine to overheat, and greatly increases the risk of engine damage occurring. For these reasons, as soon as you notice even a small amount of oil pooling underneath your car, you should immediately head to a mechanic, such as atH & S Tire & Auto Center.